It always rains West of the Pennines

Time for another cycle trip … this time ‘Kitbag’ Dave Stead is hors de combat thanks to a back problem brought about by late night plumbing for the fragrant Tamara.  So it’s Crazy Paul Oberg joining Bicycle Repair Man Richard on a 2 day ride from White Rose territory over the Pennines to the Wet West.  This trip is Paul’s own design, starting from his parent’s place in Beverley and finishing at his family home of Glazebury near Warrington.

Richard was wary of Paul’s route planning in the past, and this time Paul’s photocopied pages from his Dad’s road atlas and highlighted the route.  Which is considerably more than the usual mapping provision.  All the same, Richard came prepared with a North of England road map as we met up on a cold but sunny Monday morning at Beverley Station.  Straight into the Yorkshire Wolds and Paul’s getting the hang of his new bike … a purchase he’s been considering buying for 6 months and 173 emails to Richard and Dave.  He wasn’t so much looking for advice as for justification to get the expenditure approved by Rebecca … in the end he got her to take up work full-time again despite two sub-3 year old children so she’d be so busy and tired she couldn’t refuse.  Schemer!

The Wolds are a gently rolling and pleasant part of England, Richard enjoying the first proper descent of the day (38mph) found that when he needed to pedal again the chain came off owing to an over-tightened bolt on his pannier rack.  Running repair completed, we went up and down a few times more until the countryside flattened out at Howden and it was time to stoke up on caffeine and cake.  The remainder of the morning consisted of navigating our way …. with remarkably few mistakes … goal: lunch at Snaith.  To get there we had to contend with two non-existent roads that both our maps had but clearly didn’t exist (Local Postman: “Power Station over there must have closed them down”).  So we headed West on a road which stopped abruptly at a junction with a major road … with no seeming way onto the road it was crossing.  We turned around and figured we’d have to retrace about 4 miles and rework the route on A roads for a short while until a cyclist coming towards us continued past (“Morning Lads!”).  “He knows something we don’t” said Paul and we watched him circumnavigate the roadworks … so we followed him and found a factory steel floor corridor over the fields had been laid down to enable cycling and walking around the works.  Result!  This means that lunch was now 20 minutes closer than we were fearing … round the Power Station, under a load of pylons (doesn’t this sound pretty), we made excellent progress to the Brewers Arms.  “Where are you heading?” asked the landlady, “Wakefield, and then Warrington” replied Richard.  “We started at Hull”.  A perplexed look.  “I’ve heard lots about Wakefield, I’m really looking forward to finding out about it for myself”.  Now she looked nervous.  Anyway, a home-made margherita pizza each (unanimous verdict: excellent) and we were back on the bikes.

Yorkshire Wolds by David Hockney. Not quite this colourful, but he makes a good point.

No-mans-land … not bad scenery, but pretty flat, a few farm animals, all sorts of power generation going on (Coal, Gas, Wind) … not many crops showing at this time of year so brown and green fields.  But the sky stayed beautifully blue.  We’re often on A-roads, but they’re quiet in the early to mid-afternoon so we’re enjoying the ride and just letting the pedals turn.  Short coffee stop just East of Pontefract where Richard fielded 17 emails and two phone calls from work (I hate BlackBerry).  Then we took on Knottingley (not as crappy as Paul reckons) and Pontefract (he’s right this time).  Reasonable climb out of “Ponte Carlo” and Paul says “downhill all the way now”.  As Richard expected, two climbs later we saw the dark steeple of Wakefield Cathedral and our quarry was in sight.  Checked into our perfunctory business hotel and in no time Steve Hunt the Barnsley Anchor appeared to join us for a night of debauchery.  No of course he didn’t cycle.  “Apologies for calling you the Barnsley Anchor” said Richard … “you did that before the first ten miles were up when we rode” he replied.  However, Steve is great company and we repaired to The Hop where we constituted 50% of the clientele.  Swift couple of pints (Paul’s embarked on an heroic sojourn with 1872 Porter – 6.5% with the smell and consistency of Camp coffee).  We dined at the Boccaccia where the Shunter had taken a girl for dinner many years before.  Steve doesn’t discard phone numbers so he called up his old date for that night “was it any good?” he asked “you or the food?” she replied.

Anyway, it was pretty good though Steve’s stuffed cabbage was just stuffed with no cabbage.  The triangolini that Paul had was too “vegetable-y” for him … he’s actually a Pastafarian, we later found out.  “I’ve been touched by his noodly appendage” became the saying of the night.

Back to The Hop after Steve had drunk most of the red wine and we re-commenced drinking.  Paul on the Porter.  Richard was pacing himself.  Steve was trying a bit of all the beers.  It was Open Mic night which was surprisingly good … and the pub was therefore thronged with many musicians.  Towards the end of the evening the lady running the event asked for a beginning letter so she could pick a song at semi-random … all too predictably someone said “Z”.  “Zombie” said Richard (more to himself than anyone) … next thing we knew an excellent rendition of the Cranberries hit was belted out by a girl who’d been backing singer wallpaper up to that point.  At midnight we headed back and Paul was remarkably restrained with his Hull KR songbook before we turned in.  I think he’d been bested by the performers in the Hop.

Reasonably good sleep by all.  First comments of the next day by person.

Richard: “The weather is bollocks … the forecast was right”; Paul: “Was I licking a badger’s arse last night?”; Steve: “Shit I feel rough”.  Similar statements were made over the rather dull breakfast before Steve departed and the cyclists donned their waterproofs and pointed the bikes West towards the imposing Pennines …

“I’ve never been so gusset-fresh”

Down a hill to get out of Wakefield.  Along the valley floor then HUP! there’s our first proper climb ahead of us.  “Left here” said Richard staring first at the map and then at the road to Emley Moor … where the TV mast for Yorkshire sits.  Just to let you know that it’s a bit of a climb.  Puff and wheeze along, taking a while to shake off the full English and last night’s beer, but we just get into our stride as Paul gets spooked by some cars cutting us too close on a steep incline and we had to push the last 20 yards (that’s all!) up the Moor.  Back on board and the rainfall continues to get heavier as we head West.  Tiptoe over another big climb and it’s a scary brakes-on descent down a 15% gradient.  The road surface isn’t just wet, it’s falling to pieces.  Paul’s glad of the considerably enhanced stopping power his new bike has as the slope gets even steeper in the last 100 yards before it ends at the A629 Penistone Road (no that’s not a special treatment available at up-market Health Spas).  Down into another valley and then another shocker of a climb but sheer will power kept us en velo this time.  Another big downhill and now we’re at a crossroads (a real, not career one) – and we’re staring at a wall.  Oh no, it’s the road in front of us, raising vertically.  Got about half way up it before the cranks felt like they’d locked so I hopped off.  Paul was disconcerted by my heavy footsteps as I was hauling my bike up the East Face of the Pennines and joined me in pushing uphill.  Well, it’s England so it couldn’t go on like this for long and we’re back on and pedalling down into Meltham for a richly deserved coffee at Morrisons.  At this stage Paul thought he’d left his keys behind and called his hotel who told us they couldn’t find them.  Turned out he’d stuffed them inside his dirty laundry.  Probably quite good theft prevention.

Yeah, now go up it in March when it’s tipping down and you’ve got proper luggage

Long climb out of Meltham, pretty farming country before a fast descent into Marsden and a 4 mile continuous climb to Delph – but a very shallow gradient meant good progress was made.  Whizzed through Delph and used the adrenalin to power out of the Delph valley then down into Scouthead and we spotted the Three Crowns … excellent food, relaxed service – felt like Friday in there.  Lancashire Cheese & Onion pie proved we’d crossed into Red Rose territory and after lunch it was an impressive navigation through Oldham and the outskirts of Manchester until the final stretch on a patchy cycleway alongside the East Lancs road until we arrived at Lea Hurst … no not the slap-headed comedian from They Think Its All Over, but Paul’s home.  So much room our bikes were put into the dining room and there was bags of space to dry out our drenched kit.  Washed and scrubbed we were ready to greet Rebecca, Emmeline and Theo after a fraught day with the Ofsted inspector (I think Rebecca had the hardest day) and later we saw Rebecca’s mum Delia (no not THAT one she’s too busy trying to keep the mighty Yellows in the Premiership) as she came along to babysit so we could help drain the Greyhound of its alcohol.  A good sleep later and Richard pedalled to Warrington Station.  Enough time for a coffee before the train arrived.

“Cappuccino please”
“Only got normal coffee”
“OK that will be fine; can I have one of those flapjacks as well please”
“It’s shortbread not flapjack”
“That’s OK, I’ll have it thanks”
Now this doesn’t quite betray the sour expression and general couldn’t-be-bothered attitude of the old crone serving.  The remainder of the transaction continued much the same.
“4.14”
“Thanks, I’ve been saving up all week for this, here’s the right money”
Was that a grunt?  No more conversation forthcoming.  Apparently this specimen is well-known following a text exchange with Crazy Paul.  Nice people in The North?  Yeah, nearly all of the time. 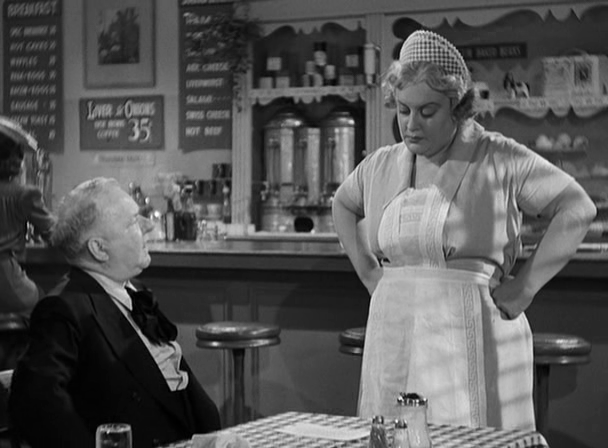 “Is that so? Well in here the customer is NEVER right”

So mes braves, until the next ride when we hope Finchley Dave’s back relents to see him and a few more of our friends take on another episode of cycle-eat-drink-recover-cycle again.

1 Response to It always rains West of the Pennines